During his June 14th radio show on Cleveland, Ohio-based WTAM AM/1100, host Mike Trivisonno was joined in studio by Paula Ryan, wife of highly regarded area radio personality Matt Patrick who died in 2017 from mucosal melanoma cancer. With Paula was her son Jake. (Read The Plain Dealer’s story upon Matt’s passing here.)

As Paula described how the Matt Patrick Memorial Foundation has been created in Matt’s memory to help people in need, Triv noted, “What I loved about your husband so much is that he got it. When we got done arguing or something, different things we did on the air, we’d just look at each other and laugh. Matt Patrick was truly a professional in the radio business.”

Highlighting the foundation’s goals, Paula noted, “We exist to provide assistance to other families or individuals who are experiencing the challenges that are associated with cancer. We’re looking for families and individuals that demonstrate the same things in life that Matt Patrick so passionately supported and believed in in his own life.” (Hear the interview here!)

At the end, Triv would add, “He was so fun to listen to on the radio. I miss him. He was a good person and a phenomenal radio talk show host.” (Follow the Matt Patrick Foundation on Facebook). Here’s a great video from the Foundation website titled The Matt Patrick Show.

Graduating from St. Ignatius High School, Matt, a two-time Radio and Television Broadcasters Hall of Fame inductee, spent over 30 years on the radio in Northeast Ohio, most of that time at Akron’s top-rated WKDD. He also enjoyed stints at Akron’s WHLO AM/640 and WTAM AM/1100 in Cleveland. In 2011, Matt and family moved to Houston where he hosted a morning news show on KTRH-AM.

In the Planner Project’s May 18th text block you’ll find: “Cruising in the A. M. with Matt Patrick & Co. on Akron’s WKDD-FM, tickets are $12.50 for ‘Operation Welcome Home’ at the Coliseum June 6th to see Lee Greenwood sing ‘God Bless the U. S. A.,’ Mark Price & Lifeline, Michael Stanley,  the Cleveland Interfaith Choir and the U. S. Navy band Country Current, 1991.”

I hope Paula understands why I chose this date to honor Matt’s work.

When Jani Lane of the rock group Warrant died in 2011 (see earlier post), Plain Dealer reporter John Soeder reached out to Matt who knew Jani well. (See story here.) At the time, Matt was heard every Saturday on WTAM AM/1100.

As a former public relations director for the Franklin County Unit of the American Cancer Society in Columbus, Ohio, I wish Paula the best success with the foundation. Hopefully, I can not only raise awareness for such a worthy cause, but also a few donations as well!

All in just one week!

Matt, I hope you enjoy the company on your page. I was blessed to include you! 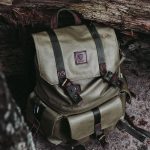